I started this blog because my wife made me jealous. I was spending my evenings watching lumberjacks on the history channel (I know, I don’t get it either!) while she connected with the world. I was really enjoying it, too, until my mother asked me how I was going to make any money from it. I wasn’t. I was doing it for the affirmation one can only get from having complete strangers like what one was doing. Or rather “like” what one was doing.

Now that I have fifteen followers, however, I’m starting to get ideas. My first idea was that I could start a cult. If I could get those fifteen people to give me their life’s savings, put on some saffron robes, and come and live on a hillside near my house, there might even be a future in this. They could even come in and do the cleaning!

I was crushed to learn that all that meant was that they might occasionally read my blog. Bummer. I have, however, been checking out other blogs, and I have picked up two things. The first is that people in the States are taking classes in how to blog. Surely the devoted followers of the American dream would only be doing this if there was gold in them thar hills. The second was that some people had advertising on their blogs. Advertising! I’m gonna be rich!

I don’t think I’m ready to put any advertising on my blog just yet (I think it would be sensible to wait until I have at least 20 followers), but I thought I would put up some samples on this blog just to get my readers used to the idea. Let me know what you think. 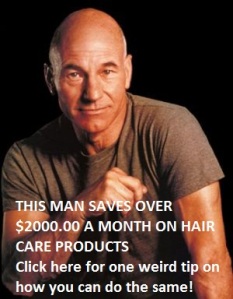 In order to get started on the path to riches, my first step is going to be getting those next five followers. Although it goes against every fibre of my being, I decided to get some advice. The most obvious place to do so would be the guys from WordPress themselves. This is where I got my first surprise. These people, it turns out, are called “Happiness Engineers”!

Can you imagine how often their offices get raided by the police thinking they a running a meth lab! My first note to myself in my quest for knowledge is to stay well away from the internet when I’m feeling fractious. The prospect of spending a happy afternoon trying to see quite how badly I could piss off someone called a “happiness engineer” is almost too tempting to resist. They lived up to their names, though, and I found what I was looking for. Kinda. 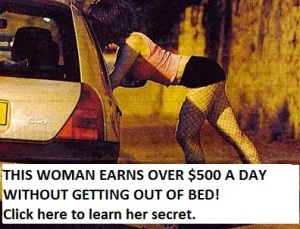 The problem is that all of the advice seems to be geared toward people who are altogether more open, earnest, and just plain nicer than I am. The sort of people who wouldn’t even understand the almost overwhelming temptation to try and piss off a “happiness engineer”. In order to benefit from the process, I am going to have to switch off the cynical and sarcastic parts of my nature. No easy task. Even then, I’m going to have to take each piece of advice as it comes, to see whether or not I could possibly take it. Here goes.

Let’s start at the beginning.  The about page. Oh dear. I’m about to indulge in some stereotyping. Feel free to send me bad vibes. Generally speaking (does that absolve me from the stain of prejudice?), if an American was to discover a quick, cheap and effective cure for cancer, the first thing she would do would be to get it printed on a hat. And her car. She would write a book and set out on the talk show and lecture circuit as “The One Who Cured Cancer!!!”. And rightly so. Curing cancer is a big deal.

If the cure was found by an English person, he would shuffle his feet and look slightly stricken, and have to mumble something like “It wasn’t just me, you know. Malcolm over there made all the snacks. Besides, if we hadn’t found it, someone else would have sorted it out soon enough.” This is not false modesty, it is a cultural imperative. The culture he grew up in would never allow him to jump up and down shouting “ME! LOOK WHAT I DID! BAM! I’M THE CANCER GUY!” No matter how proud he was of his achievement, good manners would require that he be modest and self-effacing about it. 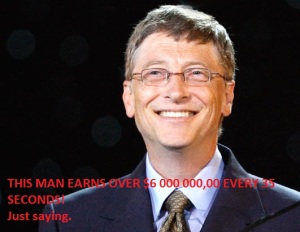 Sadly for me, the part of the vast and complex mosaic of cultures that make up South Africa that I fit into is fairly English in outlook. And now you want me to write an about page. Have you even thought about what you are doing to me? I spend a lot of time on this blog trying to be funny, but I am forbidden by my upbringing from saying “this is a funny blog!” That’s someone else’s job. It’s all I can do to classify an article under humour. I keep waiting for someone from WordPress to send me a message saying “you can keep on blogging, but from now on we are taking over the categorising and tagging bits. You are messing up our stats with your lies!” A lot of the blog is meant to be about writing. I can’t call myself a writer though. Against the rules. Maybe JK Rowling could, if she was being a little showy offy.

This is my own cross to bear though. Let’s get down to the specifics, according to the happiness engineers (Must. Control. Self. NGGGH!)  .

Step One: Decide on a tone.

As I read this, the word “condescending” popped into my mind and it will not go away. This is not going well so far!

No problem. This is great. Maybe I can do this.

Step three:  Decide whether to write in the first or third person.

Huh? I will confess to becoming a little confused at this point. I was really hoping to get away with the second person. “You are a bookseller. You are married.” If it went well I was hoping to use it as the basis for one of those choose –your-own adventure stories. Oh well. The happiness engineers (I’m just going to go ahead and call them the HE’s from now on. Every time I say happiness engineer I picture a bunch of fat, round, jolly cartoon characters, belting out a cheery tune while sprinkling sad children with fairy dust. It’s most distracting. Especially the short one whose robe is too long for him.) do offer some help on this point. Ask yourself some questions, they say. “What is this blog about?” Easy enough. “Who am I?” Oh dear. It was all going so well. Now they’ve gone and triggered an existential crisis! And you call yourself happiness engineers? “Interested in hiring me?” I am not that kind of blogger. You dirty, dirty pervert. 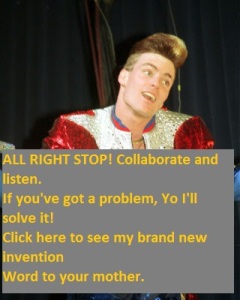 Step four: Think outside the blog.

This was just the HE’s (ah. That’s much better.) way of saying put up a picture. Sensible enough. Or an introductory video. Are you serious? Do people do that? What would I do with my hands?

Right! We have an about page! Now let’s generate some traffic! 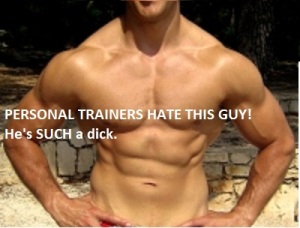 The article on generating traffic started out well enough, with good, strong, practical advice like updating regularly and turning on the share button. Then things took a turn for the odd. The HE’s suggested that we should, and I quote, “Write well”. I can imagine a stunned silence descending over the blogging world. A million bloggers pause, hands frozen over keyboards, mouths hanging open until one gives voice to their collective sentiment “You’re shitting me!” Released as if by a starting gun, they all bash away at their keyboards. Frantically, they delete all that badly written stuff they were working on and start writing away. Well. “You know!” they think to themselves “This is so crazy that it just might work!”

They also tell us that we should pick “good” titles. Makes sense. Then they fall short by telling us that they need to be short but interesting. Surely, to generate traffic, they need to be cunningly deceptive. “I was shot in the Ball by the Queen!” you could say, before writing about the time you went to a dance and became convinced that the woman taking the photographs was actually a man.

Then they tell me to hook up with other blogs like mine. I can’t. I can’t find them. I am not naïve enough to think I am a unique and special little star. I’m obviously just a little slow. All I seem to be able to find is poetry about peoples’ feelings. I would rather stab myself in the eye than write poetry about my feelings. 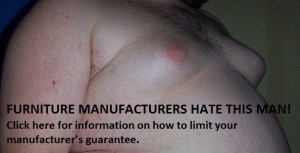 And then the best discovery of all. You can actually pay people to visit your blog! This sounds fantastic, but it doesn’t sit that well with my plans to make money from this. Besides, I have almost no money left after paying all those people to come to my birthday party.

Apparently the best way to generate traffic is to get lots of comments. There are a couple of exciting ways to do this. I can run a contest! The HE’s suggest a gift voucher. I have no money. Instead I have decided to award the most interesting comment in the next seven days a “Psychic Attaboy.” This will consist of me thinking warm and fuzzy thoughts about the winner and their loved ones. I don’t even need to contact you. If, in a week’s time, you suddenly feel a strange sensation of wellbeing and positivity wash over you, congratulations.

I can also run a poll. I don’t really see how this is going to generate comments, but it looks like fun, so here goes:

This need for comments does at last explain what has, till now, been a rather curious phenomenon. The question. I couldn’t help but notice that at the end of almost every post I have read, there has been a “What do you think?” type question. Sometimes, this makes sense and fits in very nicely with the tone of the post. Often, though, it seems a bit incongruous and jarring. It’s just a bit odd to read a post about engine maintenance only to be confronted with “Should we be changing our oil regularly? What do you think?” Far be it from me to question the status quo, though. If it makes the Happiness Engineers happy, I’m all for it.

So here goes: “Should we all be doing the same things as each other in order to make our blogs stand out from the crowd? What do you think?” 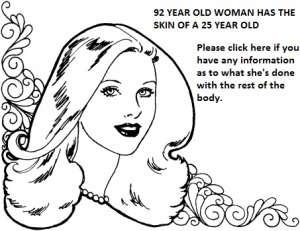 57 thoughts on “How to drive traffic to your blog.”