Once in a while, every two or three months, I turn into the sort of person other people don’t want to make eye contact with. But by the time they realise this, it’s too late. You see, I wave at cars. Not all of them. Just a select few. And it’s not just the cars I am waving at, it’s the drivers.

But not in a creepy way. Friend.

There’s nothing subtle about it. I stare at them across the busy lines of traffic, like a love struck admirer, or that creepy stalker from accounting at a company picnic, until they unwittingly make eye contact. Then I grin like a loon, and wave. To add to the general air of quiet sanity, I then proceed to get washed over by a wave of embarrassment, reddening like a tomato and peering shamefacedly down at the steering wheel until my new special friend has driven away.

I often wonder what it must be like for the other party in one of these exchanges; you’re driving along, minding your own business when you happen to glance at the car next to you. You stop. The driver is staring at you like a cat about to leap on a pigeon. You freeze. The driver grins, and waves at you. You desperately search the recesses of your mind for some spark of recognition. Did you go to school with him? Meet him at a party? Is he somehow connected to your work? 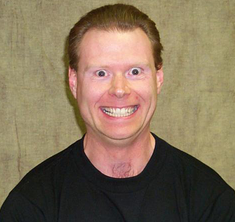 Just in case, you start to wave back. But something weird has happened. He’s not waving any more. He’s not even looking at you. He’s staring at the road in front of him like he’s trying to set it on fire with his mind. His ears are glowing an unnatural red. And so he sits, frozen, until the lights change. You drive off, and never see him again. But that night, you check twice to make sure you locked the front door, and you sleep with your phone pre-dialled to 911.

My behaviour is, of course, completely reasonable. This all happens simply because I drive one of these. 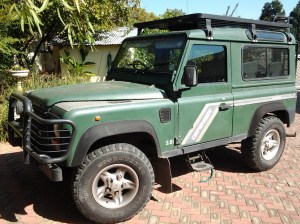 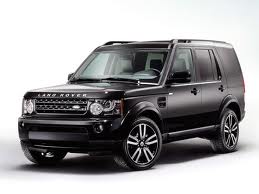 It’s a very nice car. But it’s not a proper Land Rover. If you drive a Discovery, you don’t get to be one of the brotherhood. You don’t get to take part in the rituals. And rituals there are. If you happen to park next to each other, you have to stop and chat about your cars. You have to bolt a spade to the side of your car. You have to collectively disparage Toyota Land Cruisers, even though they are better made. But most of all, out on the road you have to wave at each other.

You can choose your own style. And you can vary it with your mood. In the mornings, before the day has taken its toll, I’m a hand raiser. In the afternoons, I’m cooler about it. I lift a finger or two. It doesn’t matter what you are. You can be a puppydog-enthusiatic, hand-out-the-open-window guy. You can be super-cool, a nodder, acknowledging your brothers with an almost imperceptible inclination of the head. You can be smiler, a thumbs upper, a slightly creepy word-mouther.

But you must take part. It’s the rules. It’s an acknowledgement. We few. We happy few. We band of brothers. We have turned up our noses at more sensible modes of transport. We can drive over mountains, chewing up boulders and spitting out dust, but we can’t fit into underground parking lots. We can ford turbulent rivers, tyres clawing a path through the murky depths, but we can’t do a u-turn in a two lane road. We have to sell family members to pay for the fuel, and get used to the idea that the temperamental buggers can drive across Borneo, but might not make it through the afternoon school run.

We are happier for it. We have not bought cars. We have bought a dream, and while our pockets may be lighter, our lives are richer. And this must be acknowledged among ourselves. Because everything we do feels like this;

Which is all well and good. But once in a while, every two or three months, I borrow my wife’s car. And I forget I’m in it. And then I become the dork in the Honda CRV who can’t stop himself from waving at strangers. But only strangers in Land Rovers. At least I’m a dork with taste.