I went to bed last night resolving not to write anything about my children today. This is not a parenting blog, and I’ve been waffling on about them for the last two days. Enough.

My resolve, however, weakened a little when I opened one bleary eye to the cold light of dawn to be confronted by a small and inordinately cheerful person brandishing two eggs at me.

“Where is the Tabasco?” She replied. 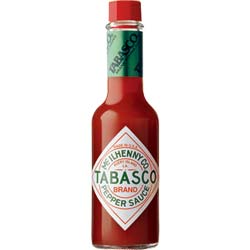 What was the first thing you spoke about this morning?

I’ve been doing this long enough to know a red flag when I see one. I leapt out of bed, fully awake, and dashed through to the kitchen. Mercifully, it was not ankle deep in broken eggs and scattered condiments. But my morning ordeal was far from over.

“We,” my daughter announced, “are going to make breakfast in bed for mommy!”

“Mother’s Day is only tomorrow. Can I go back to bed?”

Oh, well. I know when to pick my battles. I turned on the stove and reached for a pan.

“No!” came an outraged scream. “We need to make mommy breakfast in bed!”

“Do you want to boil the eggs?”

“NO! WE HAVE TO MAKE MOMMMY BREAKFAST IN BED! WITH TABASCO! AND LEMON PEPPER!”

She collapsed in an untidy jumble of tears, still gently clutching her precious eggs.

I was completely nonplussed. And then slowly it dawned on me. Everything in the world is still pretty damn new for four-year-olds. We don’t do breakfast in bed in our house. Everyone is driven out of their night-time haven by waves of collective hysteria long before the sun comes up. The concept is still new to my daughter.

And a picture had formed in her head. A picture of her mother, lying back blissfully on her nest of pillows, while her loving daughter slipped in next to her with two raw eggs and a bottle of Tobasco, and whipped up some sort of culinary triumph on the duvet in front of her.

Oh dear. In the end, we compromised. We drove her mother back into bed and set up an impromptu kitchen on the floor next to the built-in cupboard, and whipped up a couple of scrambled eggs. A mere ten feet away from our fully functioning kitchen. Sometimes parenting gets a little surreal.

Please god let this not become our new “thing”

Which lets me rather neatly segue into my post for the day. You see, I’m going to keep my promise and not write anything about my kids. Instead, I’m going to write about art. I’m sophisticated like that. And I’m going to break another promise. This post will not be short. But I’m counting it as a daily post and giving it a number. I’m wild like that.

And why am I writing about art?  After I had packed away the pans and plates, and ineffectually tried to wave the pervasive smell of frying egg out of the open window, I settled down to look at the news. And I found this. It’s called the Skywhale.

“What is it?” I hear you ask. It is an enormous hot air balloon shaped like an undersea creature with a bunch of what the article coyly described as “udder-like appendages” dangling off its sides. 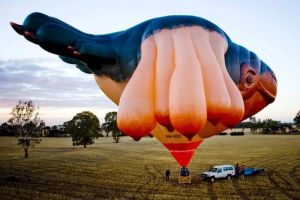 What was the first thing you read about this morning?

It is, you’ll be glad to hear, a work of art. It has been commissioned, at enormous expense, as part of the centenary celebrations of Canberra, Australia’s capital. And it brings to mind Britain’s Turner Prize.

The Turner Prize is a wonderfully British institution. It is the children’s’ story “The Emperor’s New Clothes” without the moral at the end. It dresses itself up as a visual art prize for a young British artist. But that’s not what it is at all. It is a celebration of Britishness. A select group of very intelligent judges set about awarding the prize to the most ridiculous candidate they can find.

The public then embark on a well-choreographed campaign of outrage. Protests are organised. Splutteringly incandescent letters are written to the press. Ordinary people grumble at dinner parties. Angry people have televised debates. And all these outraged people are saying the same thing. “But that’s not art!” The role of the judges is not over. They, and a small group of, again, very intelligent art lovers and critics then set about explaining that it is art, and that everyone else is just too stupid to understand it. Everyone has a high old time. 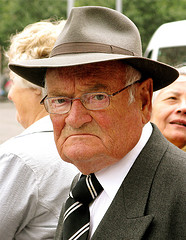 But it isn’t art. Not really. If you took it two hundred years back in time and told a bunch of intellectuals that it had won a very substantial art prize, you would get laughed at. I would venture to say that the same thing would happen two hundred years into the future. Some of it is certainly clever, especially when the artist gets a chance to explain why it is so clever. But mostly it’s very, very silly. Silly in a clever way, maybe, but silly. It is the sort of stuff one would expect from the nation that produced Monty Python. Take a look at some of the winners;

In 1997, the prize was won by a work called 60 minutes of silence. A bunch of actors dressed as policemen stood still for an hour.

Round here they don’t even stand up!

In 2001 the honours went to “The lights going on and off” which was, surprisingly enough, an empty room in which the lights were going on and off. In keeping with the gravitas of the prize, another artist burst in and defaced this priceless installation by throwing some eggs at the wall. This sort of audience participation should be encouraged. In 1999 the prize was almost won by a work called “My bed”. It was a dirty, unmade bed surrounded with soiled underwear, condoms and litter. Two other artists snuck in, stripped down to their undies and defiled this masterpiece by having a pillow fight in it. They described these shenanigans as art and called it “Two naked men jump into Tracey’s bed”.

It might be art, but it’s damn shoddy housekeeping.

In 2005, an artist broke down a shed and made a boat out of it. He sailed it down the Rhine. Then he broke it apart again. And made a shed out of it. He won.

In 2010, the prize was given to a woman who sang a sea shanty under three different bridges in Glasgow.

And it goes on. There are dissected sharks in formaldehyde, people dressed as bears walking around empty museums, paintings held up by balls of elephant dung. It’s all very silly indeed. It’s a farce. But it has become a beloved one. It gives British people something to complain about. It makes a small, self-important bunch of intellectuals something to feel self-important and intellectual about and gives the rest of us something to point at and laugh. Long may it last.

South Africa has a rich and vibrant artistic community.

Which brings me back to Canberra. The Canberra Centenary celebrations are not the Turner Prize. Canberra is the capital of Australia. Australians are not British. As a nation, they pride themselves on being plain spoken and down to earth. And now someone has decided to celebrate an important national occasion with Boobeluga. I can’t wait to see the reaction. It might be fine on launch day, with polite benches of appreciative onlookers clapping as the bunches of pendulous mammaries rise majestically skyward, but at some point it’s going to drift off over the countryside. What then?

But maybe I’m underestimating the archetypal Australian male. Maybe he, too, is an art lover. I can just see it now; two young men with mullets and shorts tight enough to cut off a lesser man’s circulation gape skyward as Boobeluga floats gently into view, forgotten beers pouring unseen onto the grass;

Quick! Take the kids inside! It’s an art!

“Stewth, Bruce, look at that! The sky’s full of tits!” Says the first.

“I know, mate,” answers his companion, wiping away a single tear on a passing sheep, “I know. Isn’t it just beautiful?”