He’s a very important policeman. He is the chief of police of South Africa’s Gauteng province, its richest and most densely populated. It’s where I live. Mr Petros (or is that Lieutenant General Petros?) has just had a most unfortunate experience. He was robbed. Sort of.

Someone broke into his office. Curiously enough, nothing was stolen. It’s all a bit mysterious. He thinks his office has been bugged. It doesn’t really matter though. What matters is Petros’s alleged reaction to the incident. It makes me edgy.

It’s the perfect crime! So long as I don’t steal anything, no one will suspect a thing!

The good Lieutenant General, you see, has called in a colleague, one  Captain Nomathemba Mgwebile, to investigate the case. It all seems pretty simple so far, doesn’t it.

It’s not simple at all. The good captain is not a detective. She’s an executive secretary. And she has another name. Sometimes she is called “ Vumani Mahosi”. And she was not called in to conduct a traditional police investigation, either. She was called in to “sniff out” the culprits.

Captain Mgwebile is a Sangoma. She’s a traditional healer who is in contact with the ancestors. She’s a shaman, for want of a better word. She was transferred with Lieutenant General Petros when he came up to Gauteng from his previous position in the Western Cape. She has conducted a series of rituals in the violated office, and announced to the investigating team that she had smelled the smell of a “wet dog”. Which was helpful, I’m sure.

You might find the whole idea bizarre and otherworldly.

No. I watch the crime channel. I know how often psychics assist with investigations in the States and elsewhere. I know that the cost of homeopathic medicine was covered by the government  in the UK. This is not some bizarre South African anomaly. We’re just like the rest of the world.

Step aside, Batman. There’s a new crimefighter in town!

I used to sell books. I know just how choc-full of weird beliefs modern Western thinking can be. Somewhere between healing the world with positive vibrations, David Icke, quantum healing, getting rich through “The Secret”, thinking of Dan Brown as a reporter rather than a fiction writer, transcendental meditation and treating genuine illnesses with distilled water, Western thinking  lost the right to look at just about anything anyone anywhere is doing and say “that’s just silly.”

I’ll go one further. What Petros was (allegedly) up to here does at least have a bit of a pedigree. It forms part of a very old, structured system of belief. Half of the “mind, body, spirit” books I used to sell seemed to be making it up as they went along.

If you wear one yellow sock and give me all your money, the universe will look after you because vibrations.

I am not offended by any of these ideas in and of themselves. But Petros is the chief of the damn police, not some bearded Southern Californian who made his own shoes out of hemp! He’s doing this on our time. With our money. Does he draw up his schedule with a pendulum? Carry out the war on drugs with an Ouija board and a lucky rabbit’s foot?

There’s a riot at the Houses of Parliament, Captain Mgwebile. Quick, grab my bullet-proof poncho!

Anyone should be free to do what they like with their own time and their own soul. If it makes you happy to believe the universe wants you to be rich, go for it. Just don’t get it written into the mandate of the World Bank. If you think meditating about crystals will bring peace to the Middle East, meditate away. Whatever blows your hair back. Just don’t make it the basis for foreign policy.

We need to come up with a recovery policy for Greece. We’ll need 2 pounds of hemlock and a black chicken. And somebody get Petros!

But I don’t like what Petros was doing.Picture this;

You arrive home to find that one of your most prized possessions has been stolen. You call the police. They send out one of their top guys. You feel a bit better. But then, as you start to tell him what’s happened, he raises a finger to his lips and shushes you. Then he falls to his knees, clasps his hands in front of him, and starts to pray.

“What  the hell are you doing?” You ask.

“I”, he replies, “am asking God who stole your Neil Diamond collection.”

Quiet! The detective doesn’t like to be disturbed while he’s investigating.

It doesn’t work. That’s not what beliefs are for. What if the Sangoma turns around to Petros and gives him a name? What if she points out a culprit, witchfinder style? It sounds crazy, but that’s exactly what he’s asked her for. How do you deny spiritual evidence? How do you escape suspicion when your accuser is a long departed ancestor? 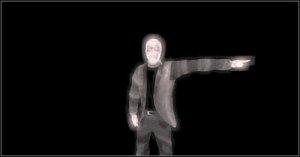 I hope the police do solve this crime. I don’t like the idea of people breaking into the offices of senior policemen and stealing nothing. It all starts to sound a bit cloak-and-dagger. And when they’re done, I hope they fire Petros. This guy does not belong in a uniform, not because of what he believes, but because of how he applies it.