I found myself, a few years ago, in charge of the computer systems at a bookshop. Every now and then, I would get a desperate phonecall on a Sunday morning or a Tuesday evening; “Help! Help! The system has crashed, oh wise and mighty computer guy.” 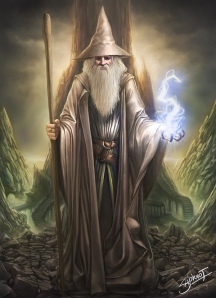 The dress code was a little dodgy.

I might be misremembering some of the details. But my answer was always the same; “Have you tried”, I would ask in a voice dripping with bored sarcasm, as if people who did not know the things that I knew were like particularly backward toddlers, “turning it off and on again? That’ll sort it.”

Yesterday, I wrote a post. But I couldn’t post it, because my damn WiFi wasn’t working. This morning I phoned my service provider in a thin-lipped funk to ask them what the hell they were playing at. “Have you tried” asked the technician on the other end of the line, voice dripping with bored sarcasm, as if people who did not know the things he knew were like particularly backward toddlers, “turning it off and on again? That’ll sort it.”

I hadn’t. It did. Here’s yesterday’s post, a mere ten hours late;

The African sun can be a little hard on the skin.

So I’m lying in bed eating a stick of biltong. Biltong, for those of you not from South Africa, is beef jerky on steroids. To make biltong, you peel the outside off a dead animal, take the bones out, rub on a bit of salt, and hang it up in a tree until it looks like your 95 year old grandmother after a day in a tanning salon.

This woman is only twenty three. As I said, the African sun can be a little hard on the skin.

It’s the food of the gods. There are few better things in the world. Properly made, it melts in your mouth like a symphony of beefy goodness, salty and meaty and one of the few things in the world worth writing poetry about. But it’s getting a little pricy. The stick I’m eating is worth R190 per kilogram. That’s about $19. 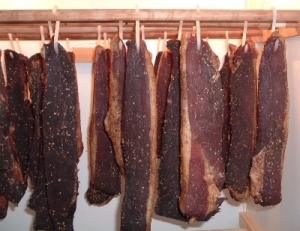 The food of the gods.

Why am I telling you this?  Partly to exorcise my shame at eating biltong immediately after going out to dinner, but mostly because while I sit here eating my biltong, I’m reading the news. About perlemoen. Perlemoen is South African abalone. Some guys just got caught with 1,6 tons of illegally harvested perlemoen. Worth R 33 000 000. That’s $3 300 000. Which means the perlemoen was worth about $2000 per kilogram. So maybe my biltong is not so bad.

For some reason, I’m not feeling particularly hungry right now.

I’ve eaten perlemoen once or twice. It’s like eating a pleasantly tenderised car-tyre marinated in dead fish oil. I’m a little curious about who would spend that sort of money on a fishy car-tyre. But I suppose I shouldn’t be. There are those for whom expensive means good.

And those people should be happy, because there is some very good food out there.

This is foie gras.

It originated from the ability of ducks and geese to store up massive amounts of fat, mostly in their livers, in preparation for their energy intensive migrations.

The recipe is quite simple. You shove food down a goose’s throat through a plastic pipe with a broomstick until it explodes. Then you eat its liver.

It goes for about $110/kg, and you get the added pleasure of knowing that you are not the only creature that has paid dearly for your meal.

Thirsty? Why don’t you have a cup of coffee? This coffee.

It comes with a free clothes-peg for your nose.

This is not just any coffee. It is coffee that has been made vastly more valuable by virtue of the fact that it has been eaten by a small, cat-like animal called a civet, and then pooped out again. To be collected by some unfortunate chap whose job it is to follow small, cat-like mammals called civets around and rifle through their poo. 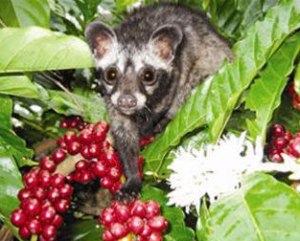 Yes. There was a first guy to see this thing do a poo and think “Hmm, I wonder what that tastes like.”

This increases the value of the coffee to $770/kg. Unfortunately, the value of bacon cannot be increased by the same means.

How about a once-in-a-lifetime meal. You could have a piece of tiger fish, at $1570/kg. But just the one fish. It was a special golden colour. Which made it lucky. It sounds pretty damn lucky for the guy who caught it.

Even the fish is aghast at how much money it cost.

Then there’s saffron. That comes in at a hefty $2500/kg or more. With good reason. It’s made from the stigmas of a tiny crocus flower. Each flower only has three of them, and they have to be collected by hand.

I must confess, though, to cheating a little with this one. It’s a spice, and it’s used in tiny quantities. If you buy yourself that kilogram, you’re simply never going to finish it. Not in ten lifetimes.

This is not a spice. It’s a pile of raw fish eggs cured in salt. 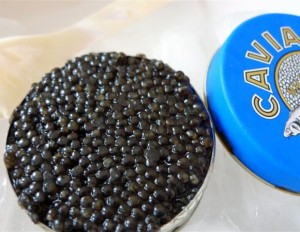 Just close your now and swallow! Do it for your team!

Tell the competitors in the next Survivor series that they have to eat that in their next challenge, and you’ll see a lot of retching and gagging.

Call it Beluga caviar, though, and then you’re talking upward of $8800/kg.

It’s not the most expensive stuff out there. Do you like mushrooms? Good. They’re nice and cheap. Mushrooms are the reproductive organs of fungi. But they are not the only fungi that we eat. This is a white winter truffle. 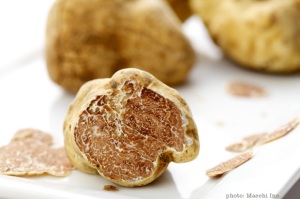 Vastly superior to those cheap and nasty white summer truffles.

It is not nice and cheap. It goes for about $13 200. There is a reason it is a little expensive. You can’t grow truffles. And you never know whether there is going to be a good supply of them in any given season. To find them, you have to follow a pig around in a forest. Pigs like truffles too, apparently. You can follow a dog around in a forest, too if it’s been trained to sniff out truffles, but who would do that when you could be following a pig?

All this stuff is pretty damn expensive. But none of it lives up to the old saying “worth its weight in gold”. And so, of course, we’ve started eating gold. You can buy a jar of gold flakes to sprinkle on your food. At $47 000/kg.

What to give the moron in your life who has everything.

This is the ultimate in luxury. And stupidity. Gold flakes aren’t food. They have no taste. On the plus side, if you track down that civet coffee guy, you can save a bundle by getting him to follow you around instead. And recycling is good for the environment.

I am obviously a peasant at heart. I simply don’t get it. I’m pretty comfortable with the idea that, as nice as it may be, a slice of truffle is not 700 times tastier than my slices of biltong. Hell, I’d be willing to say that it’s not even 700 times tastier than a cold, two day old slice of pizza. I get that much. I know it’s not about the taste.

Sprinkle some gold flakes on there and you have a meal fit for a king.

It’s about wealth. It’s about showing that you can afford to spend an obscene amount of money on a transient experience. It’s about buying a moment that will never be shared by the unwashed masses (although it might be shared by the occasional over-enthusiastic pig). It’s about feeling like you have made it. Like you are one of the masters of the universe. Super.

I still don’t get it. It’s food. That’s all. Something you put into your body to make it work. No matter how rich you are, don’t you feel just a little bit silly? Once it’s all over, once the last, delicate morsel has slipped down your throat, once the last, lingering trace of flavour has faded to nothing, once the aroma dissipated so much you can’t tell whether it’s there or not, don’t you open your eyes and look around, and desperately try to ignore that quiet little voice in the back of your mind that say’s “it was just a mushroom.”

Well that was money well spent!

Now I need to go off to bed. I have big plans for tomorrow. I’m going to feed the neighbour’s cat a spoonful of instant coffee and the follow it around with a zip lock bag. If it works, I’m gonna be rich! And then, I’m pretty sure, I’ll get it. Keep that damn pig away from my truffles. I’ll be there soon.