“I need”, said my nine-year old son in a panicked sounding voice, “a packed lunch! And we have to get to school early! We are going to Sandton to say our poem today!”

Unlike these fine people, I have not yet mastered the art of packing a glass of milk.

If this sounds obscure to you, welcome to the club. I had never heard anything about a poem. Sandton is a rather large suburb near our home. But I have all of the most important qualities of an investigative journalist. Within minutes, I had pieced everything together. My son’s school was taking him and his class on a field-trip. They were going to a sister school in Sandton, where they were going to recite a Roald Dahl poem to some sort adjudicating committee. For marks. He needed to take something to eat along with him.

It all sounded terribly exciting. Or at least it would have, had he chosen to tell me about it at any point before getting into the car on the morning of the outing. We squealed off with smoking tyres to the nearest petrol station, where I dashed in and grabbed a handful of dodgy meat sticks and a packet of chips before haring off to school and getting there just as the bell went off. Crisis averted.

The drudgery of the daily school run.

“How”, I asked, as I picked him up that afternoon, “was the outing?”

Right. At least this time I had some time to prepare.

I made him his packed lunch. A proper one, with far less donkey meat in it. I laid out his smartest school uniform. The special one. The one with no holes in it. I brushed his hair. With gel. A lot of gel. A lot of gel is what is required to stop my son from looking like the lead singer in a Flock of Seagulls tribute band. We left early. I didn’t have to dash anywhere. We even had time to go over the poem in the car.

I now know that this wasn’t gel. He was born this way.

“How”, I asked, as I picked him up that afternoon, “was the outing?”

“Oh”, came the rather nonchalant reply, ”It wasn’t today.”

This sort of thing would drive me up the wall if I wasn’t so used to it. And not from my son. When I was in university, I spent a week studying for a very important law exam. I hardly slept. I wore out two highlighters. I was ready. For my law exam. I was, as I’m sure you can imagine, a little disappointed when I sat down in the exam room and was presented with a crisp, well thought-out English exam.

But I don’t even speak English!

When I was first promoted to a management position, I was psyched up and ready for my first conference. I was organised. On top of things. I arrived a twelve for my three o’clock flight. I was, as I’m sure you can imagine, a little disappointed to find that my flight had already left. At three o’clock. On the previous day.

So I don’t get too stressed when I see what’s happening to the boy. There’s something wrong with the wiring of our brains. We cannot empty them of everything but the important stuff. Whatever is there is there, drowning out the announcements and the arrangements until the last minute, when they come rushing in on a tidal wave of anxiety and adrenaline.

“Oh, god! The project I was supposed to be busy with all week is due tomorrow!”

“Oh, god! The teacher told us to dress smartly for the class photo today, and I’m wearing my sports kit!” 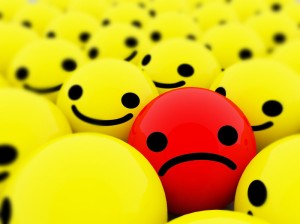 One of these things is not like the others.

“Oh, god! I was supposed to get my folks to sign a permission slip for the outing today!”

I wish I could say that the boy was going to grow out of this. But he isn’t. It’s part of who he is. What he will do is that he will learn to cope. While others will have organisation and precision, he will develop a specialised brand of mental agility.

It happens all the time.

And he won’t even have to learn it for himself. Some fathers teach their sons how to fish. Or skip stones, or whistle. Not me. I’m going to teach my boy how to be in the wrong place, on the wrong day, in the wrong pants, and still have a wonderful time.

I could go on, but I hope you will excuse me. I need to go and make a packed lunch. My son is going on an outing tomorrow. He’s going to a school in Sandton to recite a Roald Dahl poem, so we can’t afford to be late.

The boy is learning that mental agility I was talking about. His plan is crude but effective. If he makes us get ready for his outing every day, on one sunny morning it will turn out to be the right day, and all will be right with the world. I couldn’t be more proud. 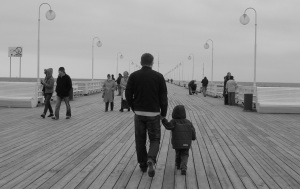