Weddings are a source of great joy to the self-conscious teenagers of the world, because, in most families, weddings are the only place where they can show off their father’s matchless skills on the dance floor.

You can always spot teenagers whose fathers have decided to break out their moves. They’re generally over in the corner, cowering behind pot plants, chests bursting with pride, as their male progenitors demonstrate that Elvis was a mere babe in the woods when it came to hip swivelling prowess.

He ain’t, as you can see, nothing but a hound dog.

Not here. Here, teenagers are so proud that they generally need to leave the building. And they all leave the building at precisely the same time. They leave when a song called “Impi” comes on. And, at white people weddings at least, it always comes on.

Should you ever find yourself at a white people wedding in South Africa, and suddenly hear a driving beat come over the speakers and a chorus of deep, melodic African voices bellow out “Impi”, stop and watch. You’re going to see something special.

Quiet please, everyone. Norman is going to bust a move.

You’re going to see a bunch of middle aged men look around with a look of beatific joy on their faces and clear themselves a space on the dance floor. Those who are sitting down will leap up and come and join the fray. And then they are going to do something a little odd. They will begin to shuffle backwards and forwards in time to the music, as if trying to clear the floor of imaginary marbles. And then, when those deep, melodic African voices bellow out “Impi” again, they will raise one of their feet as high as they possibly can into the air, theoretically to somewhere above their heads, but usually to about knee height, and bring it down with a resounding thump.

No, they have not all simultaneously been attacked by spiders. They are trying to do this.

They do not, however, fall on the floor like that. That would be undignified. That is a proper Zulu war dance. It’s not ballet. Those sticks that they are carrying are not there for display. They are used for stick fighting, a traditional Zulu sport in which the competitors beat the crap out of each other with (unsurprisingly) sticks. And many of the gestures you see are meant to represent stabbing motions.

You will notice that one of the tribal dancers in that video happens to be white. That’s Johnny Clegg, and for many white South Africans of my generation, he occupies a special place in our hearts. Because he is one of the people who freed us. And “Impi” is one of his songs. 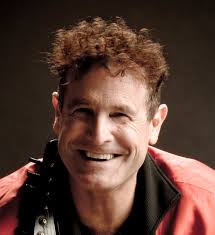 Excuse the hair. It was the eighties.

I grew up in a very strange place at a very strange time. In the eighties, apartheid was at its zenith. Men in body armour patrolled outside shopping malls, brandishing R4 machine guns. There were moulded plastic posters up on the walls of public buildings showing us what limpet mines and grenades looked like. At school, we were handed the world’s least inspiring magazine, called “Paratus”, to read during quiet periods. It was a magazine about how cool our army was.

Our army was not cool. A generation of young, white boys was conscripted, taken away from families and friends and lovers, and sent off to fight communism in Angola. I missed it by a year. But I knew a lot of young men who went. And a lot of them who came back broken. 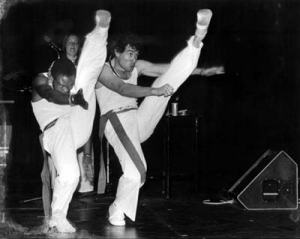 He got famous because he hung out with a very specific group of black people. He hung out with migrant Zulu labourers who had come up to Johannesburg to work on the mines. And he hung out with them because of their music. He learnt to play the guitar in the Zulu picking style, and he took part in traditional dance competitions. And then he started a band called Juluka. That’s when we got to know about him.

And that, like I said, is when he helped free us. My childhood was unusual, in that I went to mixed school. But it was a school of the privileged. The young white people who mixed perfectly cheerfully on the school grounds were the few whose parents could afford it. Most young people, at least in the cities, had never really spent any real time hanging around with black kids. We didn’t all walk around being active racists, we were simply separate. That’s what apartheid means. 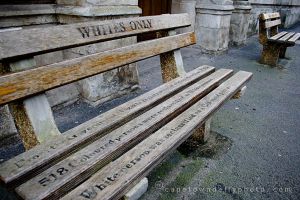 It also means always having somewhere to sit. Apparently.

But then we saw Johnny Clegg. He was hanging around with blacks! And he didn’t get cooties! He sang with them. And he danced with them. And the music was cool. Lots of us still listen to it. He was one of the people who first let us entertain the idea that it might be quite fun to hang around with black people, and that if we did so, we too might be cool, and probably wouldn’t burst into flames.

He wrote some songs that still resonate with me. I remember cowering in a dormitory listening to a song called “Asimbonanga”, which we were all convinced was banned, and would land us in jail if we were caught with it. It was about Mandela and his comrades imprisoned on Robben Island.

He wrote a song called “The crossing”, which still gives me goosebumps, and carries deep meaning for Mrs 23thorns.

And he wrote “Impi”. A gift to self-conscious teenagers throughout the land. And a gift to middle-aged white men in uncomfortable suits who can feel, just for one song, like they are warriors. And even more than that, a gift to any of the black people we are now perfectly comfortable inviting to our weddings.

No black person has danced to “Impi” since 1987. It’s not that they don’t like it. It’s just that if they had to dance, they would miss the show.