I am, I fear, one of those fathers who has given his son a lot to live up to on the sports field. I was, you see, captain of my rugby team. Those are some big shoes to fill.

It should in no way diminish my achievement in your eyes if I tell you that I was captain of the seventh team. There were only seven teams. We would occasionally find ourselves playing against kids who were missing limbs, and there was this one guy who kept breaking down in tears when we got the ball away from him. 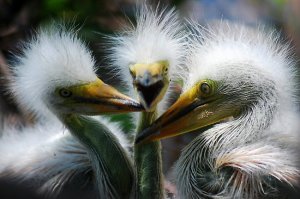 I remember rugby fondly. None of us could move fast enough to actually hurt each other, and the games were a leisurely affair; we kept having to pause to allow various players to use their asthma pumps.

I didn’t fare much better at other sports. I was banned from playing field hockey because during our first game ever, I broke my stick on someone’s leg, and then nearly decapitated the coach with a head-high shot that flew off my replacement stick at 45 degrees. I was less dangerous when it came to cricket. I remain the only person I know who has managed to fall asleep on the field while taking part in a match. 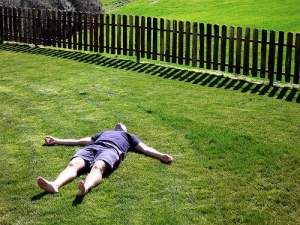 Sport is an invaluable tool for building character in young people.

Why am I telling you this? I went to watch my son play soccer the other day. Let’s call him L. L is nine. He was taking part in what was called a mini-soccer round robin. There were six teams of five boys each, and each match lasted 10 minutes. Excellent! Competitive sports for people with short attention spans.

I had gone along just to be there, to remind the boy that there would always be someone in his corner, and that we cared about what he did, not to run up and down the side of the field screaming at him to focus and questioning both the ref’s interpretation of the rules and his parentage. When I was at varsity, I knew a guy who went to school in a dodgy seaside town. One of the other kid’s fathers would religiously attend cricket matches in order to stand at the edge of the field and shout “HIT THE FUCKEN BALL, MAN!” at his son’s team. I would have paid good money to watch that guy, but I wouldn’t want to be him.

Let another ball through and I will kick your ass, you little punk! And don’t forget to have fun out there.

I needn’t have worried about my attention span. I was riveted. It was a beautiful to watch. Never before has a boy so faithfully replicated the achievements of his father! It was like watching poetry!

His team had two ringers in it. There was a blond haired, laser eyed kid who, at nine, already moved with the coiled grace of a natural sportsman, taking in the layout of the field at a glance and shimmering through most of the opposition as if they weren’t there, until he would be brought up short by one of the less talented opposition lying down in front of him. They did that a lot.

Then there was a black kid who appeared to be six foot tall, and should, by rights, have been sent off at half time to go and shave. Nobody lay down in front of him. They all just stood around shouting at each other to get in there and tackle him. 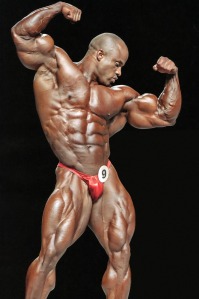 Nine-year-olds seem to have changed a little since I was a boy.

Then there was my boy. I knew from the moment his team took to the field that he was heir to my sporting prowess. The two ringers ran out onto the field like hunting wolves, faces set and bodies taught with tension as they took up their positions. L followed at a more leisurely pace, sandy blond hair sticking up like a haystack after a whirlwind, enormous shorts billowing around his pale, skinny legs like those WWll soldiers in North Africa. He paused briefly to argue with the other two non-ringers about who should go where.

And then it was on. For everyone except L. L suddenly bent double and clutched at the grass. I thought he was ill. I needn’t have worried. As laser eyes and Goliath made a stabbing attack down the centre of the field, he came strolling over to show me the R2 coin he had found. Then he hurled himself into the fray, shrieking and laughing and shouting things like “I’m open!” and “Here!” and “Get him!”

It is a tactic used at even the highest levels of the game.

He even got the ball a couple of times, and ran haphazardly up the field, arms flailing like he was being swarmed by bees, or kicked it as hard as he could in a random direction. Whenever this happened, the coach/ref would shout “Go L!” and collapse with laughter. There was a worrying moment as laser eyes and Goliath fell back in a desperate attempt to hold off all five of the opposition as they thundered past L and his other two team mates, who appeared to be holding strategy meeting.

And then it was over. I don’t even know who won. That wasn’t what I was there for. Then it was time for the next game. L was in goal. Oh dear. But it all went well. Laser eyes and Goliath kept most of the action up at the other end of the field. L got bored and strolled up to take a look at what was going on.

And then the other team broke through. Ten little boys all swung around and chased the ball down an open field towards L’s open goal. But he was on top of it. He moved like the wind itself, pulling easily ahead of the other boys. “Wow!” I thought, as he reached the goal ahead of the thundering pack. “Who knew!”

“Oh”, I thought, as he carried on running, past the goal and onto the path behind the field.

“Where the hell are you going?” I shouted to the receding sandy blond haystack.

“I need to do a wee!” he shouted cheerfully over his shoulder.

And that’s about the long and the short of it. When it comes to sport, us 23thorns men do not have blood in our eyes. Winning simply doesn’t matter. We don’t have the fierce determination of laser eyes or the physical prowess of  Goliath. Don’t play Trivial Pursuit with me, though. That stuff’s not a joke.

Board games also help with that whole character-building thing.

But we have something else. I loved playing rugby for the seventh team. It was one of the funniest things I’ve ever done. I loved breaking my hockey stick on that guy’s leg. I loved sending the coach diving for cover. There is a liberating joy in being bad at this stuff. You can stop worrying about winning and just run and fall and feel the wind in your hair and laugh, and laugh, and laugh at the madness of it all.

I didn’t really go there to watch L play soccer. But I’m glad I went, because I saw L doing something else. When the game was over, both laser eyes and Goliath sought him out and gave him high fives. One of the other kids ran up and asked me if I knew that L “Was the third best player in their team?”

I sat back and watched as he formed the centre of a happy little group all shouting out their tales of derring-do “Did you check when I shiboboed Gary?” “Did you see how far I kicked that one shot?” “You guys don’t even know how much it hurt when Luniko kicked me in the shin!” 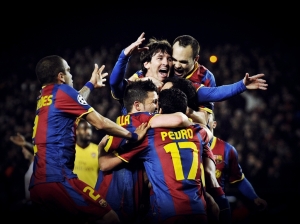 Did you guys see how I almost stopped that one guy?

And that coach/ref who was laughing at my little boy? It made my heart swell. You see, it wasn’t that kind of laughter. There was nothing even vaguely mean-spirited about it. He was laughing with shared joy, as you do when you see a puppy bounding down a hill, body moving too fast for its legs. I saw it and knew that this man enjoyed coaching my son, that spending time in his company made him happy.

I never went to watch my son play soccer. I went to watch him hold the world in the palm of his hand. I never saw him score a goal. I saw him slide effortlessly into the centre of the group around him. I saw that he will never be left sitting off alone on one side of things, that he has a gift far greater than being able to kick a ball. I saw that he was accepted, and liked, and enjoyed by his peers. 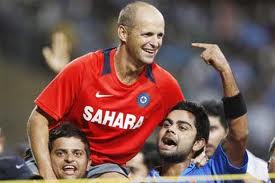 Does anyone know who this guy is? He just turned up once the game was over.

I saw my son being happy. And I couldn’t be more proud.