I have, in partial explanation for my extended absence, returned to my old job of managing a bookstore. It’s all been a bit strange; comfortingly familiar and weirdly unfamiliar at the same time.

The store is, for a start, in a very different area from the previous store I managed, on the outskirts of Johannesburg. The old store was in a venerable old suburb, filled with venerable old people. I was young there. Now I am old, and half of my customers look like they should be accompanied by a responsible adult. They are just starting out in life, with first homes and tiny children. I do a roaring trade in pregnancy books. But that’s not all. A huge proportion of my customers are Afrikaans.

That makes me not just old, but tiny. There is a reason why South Africa does so well at rugby. Afrikaans people are big. Not all of them, obviously, but the small ones are all my size. And in my old area, I was on the larger side. 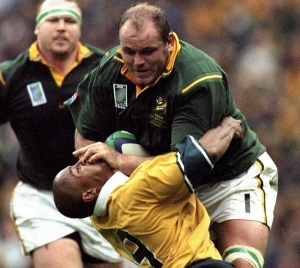 An Afrikaans person saying hello to an Australian.

People act differently, too. Couples hold hands. It’s the sweetest thing. It doesn’t sound like much, but on my first day, it stopped me dead in my tracks. No-one used to do that in my old area. And it’s not those young people I talked about, either, it’s the old ones; stooped, greying Darby and Joan types, tall, angular men and dumpy little women, pootling around comfortably, arm in arm or hand in hand like teenagers. And daughters seem to spend an awful lot of their time hanging round with their mothers…

Maybe they just need something to lean on.

But that’s not what I’m on about today. Something else is different. The pressure is on. The economy is tanking for a second time, and young couples just starting out in life are kinda sensitive to that sort of thing. Suddenly, instead of filling up a room with books and sitting back to watch them walk out of the store, I actually have to go out and sell the damn things. It’s most disconcerting. Community marketing, the bosses call it…

And so I decided to start a blog for my store. Nothing fancy, just a friendly little place where people could come to talk about books. Generally. I am, despite my calling, not much of a salesman. I have loved books all of my life, but cannot bring myself to stand up and shout about how fantastic the new Donna Tartt book is, and why you should get two in case one spontaneously combusts. Instead I hoped to sit down quietly and chat about how nice it is to surround yourself with words. Any words, be they a life changing, anguished dissection of the emptiness of the human experience or a rattling yarn about how a roguish Scottish laird seduces an innocent young governess while somehow losing track of his shirt, despite the nippy highland weather. 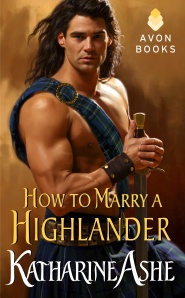 Chapter one: Find him something warm to wear.

I have, in other words, been doing a bit of writing. Just not here. There’s a problem, though. I work for a large chain. They cannot simply unleash fifty or so starry-eyed individuals on the internet armed only with a company logo and a dream. There are risks.

And so I’m finding my little bookshop blog to be a bit of a hard sell. I get it. We all remember this woman, and she was a pro. But I don’t like writing things and then saving them in a folder. This blog has been calling to me. There are people here…

And so I’ve decided to slap up a few of my planned posts for your enjoyment, or otherwise. This is the first. I hope you like it. Or at least tell me if you don’t. If it makes you rush out and blow your lunch-money on books about bare-chested Scotsmen, let me know; it might just help me convince the powers that be to let me loose on the interweb.

I promise to be discreet…

“In the dining room of my childhood home there was a huge, glass-fronted, antique cupboard filled with precious things. Books. And not just any books. My father’s mother was a bibliophile. A collector. The cupboard was filled with leather and cloth-bound first editions, some of them signed and some of them containing folded-up letters from exotic people like T.E. Lawrence (yup, my granny seems to have been pen-pals with Lawrence of Arabia).

The first of these treasures I was allowed to touch was The Jungle Book. It was a thing of beauty, bound in coarse, red cloth; its yellowing pages hiding richly coloured illustrations nestled between sheets of tissue paper. Proper illustrations; illustrations of tigers that looked like they would tear your throat out rather than say something snide about the cut of your jib, and monkeys that would raid your crops without singing a single word in a raspy Louis Armstrong voice.

Sing me a song, Bagheera. A song about pants.

I wasn’t raised by wolves. I wasn’t even allowed to sleep in the kitchen with the dogs. But I came a close second. I was raised, at least in part, by bookshops.

And then things changed. We started off a visit to the shops by stopping in at a bookshop. My mother found what she was looking for, paid, and turned to go. I didn’t. “Could I”, I asked in the querulous, wheedling voice that all children adopt when they know the answer is going to be “no”, “stay here until you guys are finished shopping?” The answer was not “no”.

Excellent! While my sisters hunted cheerfully through the bright lights and bustling crowds for purple leg-warmers and shiny bubble-skirts (it was the eighties) I found myself a haven, a quiet place that smelled of paper and held the keys to a limitless supply of words and all the magic they could conjour up.

Things would have been different if I’d known what I was missing.

And so, all those years ago, I learnt something important. Bookshops are different.

The shopping malls and high-streets of the world are full of places where you can spend money. But there aren’t many places there where you can spend time. Give it a try. Give yourself four hours in your favourite clothing shop. Or furniture shop. Or electronics shop. You’ll be crawling up the walls long before you’re done; there aren’t that many ways to look at a chair, and even the unparalleled thrill of trying on new pants gets a little old after the first hour or so.

And bookshops? You can pick up an obscure natural history book because the guy on the back looks a little like your high-school geography teacher and leave three hours later with an encyclopaedic knowledge of badgers and a slight feeling of resentment that you weren’t allowed to mark your page by folding over the corner of the page.

Which leads me to the next thing which sets bookshops apart. Bookshops are pretty much the only commercial operations in the world which let you consume their products for free. Give it a whirl; nip around Woolworths opening up the packages and trying a grape or two here or a stick of salami there. Stride purposefully into your local pharmacy, open up a new toothbrush and take it for a test-drive. And then, when an enraged and slightly nervous looking security guard rushes over, smile at him and tell him that you’re “just browsing”. It won’t go well.

And bookshops? That’s exactly what they’re there for. Step in out of the bustling crowds and wonder at the wealth of words surrounding you. Pick up a biography, flick through to the pictures in the middle and spend a happy few minutes dipping into the faded record of a stranger’s life. Don’t crack the spines, though. We hate that. Read the first paragraph of that novel everyone has been talking about. Check out the headlines of the papers. Flick though a magazine or two. You can even sit down and page through a picture book with your child. No-one will bother you; you’ll be doing exactly what you’re supposed to be doing.

You’ll meet some interesting types in bookshops, too. Books are a magnet for charmingly peculiar people. Growing up, I got to know, by sight at least, and sometimes by name, a few of them. There was the wild-eyed, wild-haired man who stalked between the shelves in the same fading brown suit for more than a decade, driving children from the comics section by staring at them wordlessly until they backed slowly away behind the nearest best-seller display. There was the soft, round, gentle-looking lady who seemed genuinely overjoyed to find small people in her presence, but had no idea how to relate to them, winking and giggling and warbling and pulling funny faces until she was overcome by sudden shyness, reddening and scuttling off self-consciously to rearrange a perfectly well ordered shelf. There was the fierce, hatchet-faced old crow whose appearance completely belied her nature, who never learned my name, but knew every book I had read and who knew before I did which new books I would love.

She always seemed to have a snack ready for me, too.

And so, having grown up like this, I know exactly what I want my store to be. Come in and spend some time. Step out of the light and the noise and the crowds into a place filled with more words and pictures and stories than most of humanity throughout history would have encountered in their entire lives. Strike up a conversation with a bookseller; they tend to be a friendly and interesting lot. Sit down on the floor; we don’t mind, and browsing those bottom shelves while hunched over like Quasimodo is murder on the spine. Sample our wares. Pick up a book you have no intention of buying. Feel the weight of it in your hands. Take in the aroma of fresh paper and glue. Dip in to a paragraph or two.

And maybe, just maybe, you can take a couple home with you. A book is, after all, nothing but a bundle of empty words until it finds a life to touch and a home to make warmer. And we booksellers do, after all is said and done, need to eat.” 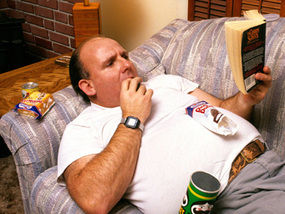 And working with books burns a lot of Calories.