I’m trying to write a hundred posts in a hundred days. This is not a particularly dramatic thing to be doing. The whole of WordPress seems to be full of people doing things like Postaday or Post Every Day in May. If everyone is doing it, it can’t be that difficult, can it? It can.

First of all I set myself the target of getting 60 000 views in those hundred days. Hah! Secondly, I didn’t take into account quite how tricky it is to do something like this every single day. And do it properly. No “quote of the day” or single paragraph update. Five hundred words at the very least.

Except Sundays. On Sundays, I get to ramble on for a paragraph or two and pretend it’s some kind of progress report. And anyone interested gets to vote on important issues concerning my blog.

So how’s progress? Getting better. I covered the singles scene. And Aardvarks. I wrote about crocodile botherers. And the magic penis tree. I did a post on car guards. And one on unconventional love. Two weeks ago I was getting just under half the views I needed to achieve my arbitrary and unreachable target. Now I’m getting just over half. Basically all I have to do is double the number of views I get a day and I’m there. No worries.

An aardvark. Just because.

This week was tougher though. As I said, blogging every day can be tricky. My offspring have been ill, and since I happen to sleep closest to the door, night-time shenanigans are my duty. Also, my wife frightens me when she doesn’t get at least eight hours a night. The only night this week that my daughter has not come through and treated me to an extended rendition of “An Ode to an Asthmatic Walrus” in the middle of the night, my son rushed in to fill the gap. He ambled through to the lounge and turned on the TV at full volume. At three o’clock in the morning.

Funnily enough the lack of sleep has not made the writing any harder. It’s thinking up things to write about that has been a bit of an ordeal. 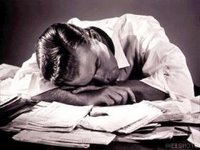 Thinking in general is an ordeal.

And that’s just about it for this week. I’m a fifth of the way there and going strong. ish. Chronologically. I’m a tenth of the way to hitting my arbitrary 60 000 views. Hope to see you next week. Bring a friend. Or twenty. Force your cheese of the month club to log on at gunpoint.

Oh. I forgot about the democracy thing. Here you go;

I kid you not. There really are naked pictures of the president involved.

My wife has a bit of a flair for the dramatic. Years of chronic drug abuse have left her emotionally unbalanced. This morning, I woke to find her standing fully clothed at the foot of the bed.

“I”, she said, fixing me with an unnervingly level stare, “am going out!”

“Are you taking the ki…”

“ALONE!” her voice cracked like a whip and she was gone. END_OF_DOCUMENT_TOKEN_TO_BE_REPLACED

My plan for the book has started to take shape. I’ve got a spread sheet going now. It has ducks in it. It has other livestock in it too, but sheep are just too silly to talk about when discussing writing techniques. Chickens are too self-important, horses too serious. Don’t even mention turkeys. Ducks it is.

Ducks: the basis of all good fiction.

There are thorns in the spread sheet too, but that goes without saying.

A book of a few hundred pages needs some sort of structure and planning, but I cannot, under any circumstances, bring myself to do one of those horrible spider diagrams. I think they are called mind maps. I hate them with every fibre of my being. END_OF_DOCUMENT_TOKEN_TO_BE_REPLACED

I have reached the point I always reach when trying to write. I have my plot, I have my characters, the family are all asleep and I’m feeling good. There’s a problem, though. I haven’t even finished the first chapter, and all I want to do is go outside and do some gardening.

I’m sure that when you hear the word “gardening”, the picture that immediately springs to mind is of a cheerful little old lady in a large sunhat, lovingly tending her rosebushes with a dinky little pair of clippers while she waits for her tea to cool down. That’s not how we do it. For me, proper gardening should break your heart and leave you crippled, at least for a day or two.

You see, I learnt my love of gardening from my father and, while in all other areas of his life he may be one of the sanest, most rational, sensible people I know, when it comes to his garden he is not all there. END_OF_DOCUMENT_TOKEN_TO_BE_REPLACED

The whole point of this blog is that I am using it as an aid to writing a book. It’s going swimmingly. I have a plot laid out, and am slowly but surely creating a whole new world for it to take place in. I am getting to know what my main characters will be like, and how they will drive the plot forward. But that leads me straight into my first (and biggest) stumbling block. They are, at some point, going to have to talk to each other. END_OF_DOCUMENT_TOKEN_TO_BE_REPLACED

“Why are you writing a book about thorns?” I hear almost no-one ask. Well, since you have brought it up I will try to explain. With pictures.

They say that a first book is almost always semi-autobiographical. In order to be selected for the journey he must undertake, my protagonist must be both extremely clever and extremely athletic. So that door is closed to me. I’m going to have to fall back on that old schoolteacher standard: “write about what you know about.” I know about thorns. END_OF_DOCUMENT_TOKEN_TO_BE_REPLACED

Since my first post, I have written precisely two paragraphs of plot development for the book. So far I know it’s going to be about thorns. I’ve never seen a work of fiction about thorns before, so I know it’s going to be original at least. This will, in light of what I said about the book trade and their fear of taking chances on new ideas, ensure that, even if it turns out to be good, it will never be published. Maybe I should throw in a sparkly vampire or two.

I have discovered a rich source of inspiration for the villain of the piece. It turns out that my three year old daughter may well be a budding psychopath. She hasn’t murdered anyone (she hasn’t discovered the drawer where we keep the knives yet), but she is developing a rather startling talent for deception. END_OF_DOCUMENT_TOKEN_TO_BE_REPLACED

I work as a bookseller. It’s the sort of job that will always have some random stranger expressing jealousy at dinner parties. The idea of spending your days surrounded by words is a very appealing one to a certain type of person. Luckily for me, those are just the sort of people I like ending up talking to. Give me a couple of glasses of wine to take the edge off and I’d much rather hear you talk about your passion for regency romances or Star Trek novelisations than listen to you talk about the epic run you had last weekend, or how much your car costs. Just don’t talk to me about self-help books. Not that self-help books are bad, in themselves. My wife sells them for a living. But there is something about going on about a self-help book that you love that reveals more about you than strangers at a dinner party need to know. END_OF_DOCUMENT_TOKEN_TO_BE_REPLACED