I grew up in what was a small village outside Pretoria, one of our bigger cities. It was, and is still, a lovely little place, but it has been swallowed up by the city and is now just a suburb.

It was a friendly little neighbourhood. One of my closest friends spent most of his time with his grandparents, who lived across the road from us. On either side of our property there were neighbours with whom we were close. The adults used to get together for dinners and braais (barbecues) fairly often, and us kids spent our lives playing on the hand-made stone walls that separated our properties. 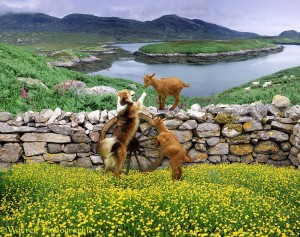 Kids playing on a stone wall. I love the internet!

But then there were the neighbours at the top of the garden. Let’s call them the Plotkins. They were tricky. There were issues. There was a decades-long cold war between them and the rest of the neighbourhood, that occasionally spilled over into acts of minor aggression. Wheelbarrows were thrown over walls. Rocks were left in driveways. And once in a while, our neighbour on one side would set up his speakers in a window and blare bagpipe music at our collective enemy on a Sunday afternoon. 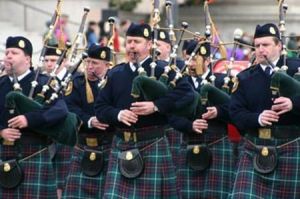 Music, as they say, doth soothe the savage breast.

It was all great fun. The adults kept themselves busy with the odd heated confrontation, while for us kids the dodgy neighbours became something like the bogey man. The garden was a big one, and the bad guys lived next to the darkest and most remote part of it. On twilit evenings, as the darkness gathered, we would compete to see who was brave enough to go right up to the top, away from the light and the noise and deep into the gathering shadows under the tall trees near the wall.

We would sneak up, hearts beating like sledgehammers, buoyed up by the presence of our siblings, moving more and more slowly as we approached the danger zone. And then, suddenly, as we were approaching the furthest limits of our courage, someone would shriek “The Plotkins! The Plotkins are coming!” and we would all turn and flee, laughing and shrieking with joyous panic as we raced for the safety of the kitchen. Luckily, we all emerged unscathed undamaged by the nameless dread that the Plotkins carried with them. 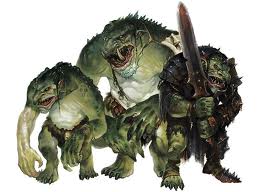 I just happened to have a picture of them lying around.

We all grew up and moved on, and none of us has had any neighbour trouble since. Until now. Because now, just this last week, Swaziland has decided to pick a fight with us.

Swaziland is one of our national neighbours. It’s a tiny country, a bite-sized chunk taken out of our North-East border. And they are not happy with us. In the most magnificent way. 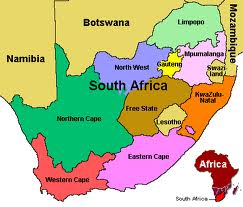 That’s them on the right there, selling dope to Kwazulu-Natal.

A Swazi government spokesperson, one Percy Simelane, has let us know in no uncertain terms that we have overstepped the mark. “Just because South Africa is better at soccer than Swaziland”, he raged in the specialised language peculiar to international discourse, “the neighbouring country cannot dictate how Swaziland should be governed. They are off the mark. What they say lacks truth.” He called us “politically immature”. Immature!

This is about as much fun as our shenanigans with the Plotkins. Swaziland, you see, is one of the last remaining absolute monarchies in the world. They have a king; King Mswati III. And he’s a proper king. Not one of those European monarchs who sit around quietly being rich until they are trotted out for the odd opening of parliament or tabloid wedding. Or divorce. He is in charge. His word is law. 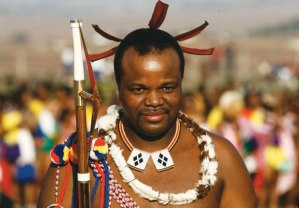 He uses his authority in the proper old fashioned way, by amassing astronomical wealth while his country sits on the edge of starvation. He buys himself Maybachs while his people grow marijuana to sell to South Africa. He has twelve wives, some of whom were picked out from a crowd at an annual ceremony called the Reed Dance. 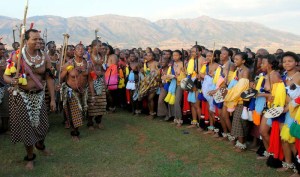 The man himself, window shopping.

A few years ago, he decided to combat his nation’s astronomical HIV/AIDS problem by decreeing that no-one under the age of eighteen could have sex for the next five years. And then married his next wife. A seventeen-year-old.

Swaziland, in other words, is not all that politically mature. The cause of all this drama was a parliamentary discussion about the state of democracy in Swaziland. Which must have been brief, because they don’t have any. Political parties have been banned since 1973. But the greatest offence was caused by the fact that we dared to mention the King by name. The Swazi parliament is not allowed to do that. It’s just rude. 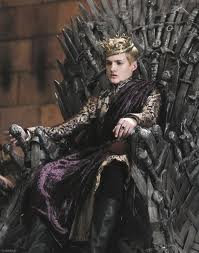 This would all be very funny. But they have gone too far. We have been subtly threatened. Only “diplomatic niceties” have prevented Swaziland from telling us to ditch all our elected officials, according to the redoubtable Mr Simelane. “Had we not known better,” he told us in no uncertain terms, “we would be asking the South African electorate to correct the mistakes they made in the last election.”

This is not an opportunity to be wasted. Next weekend, I’m going to drive the kids up to the Swazi border at twilight. I’ll shepherd them out of the car and get them to sneak up to the border, hearts beating like sledgehammers. And just as they start to get close, I’ll shout out “Mswati! Mswati is coming!” And they can run back to the car, shrieking and laughing, as they learn the true meaning of neighbourliness. 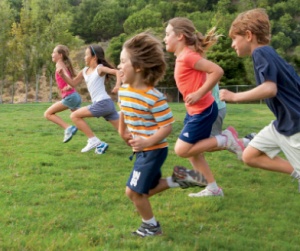 But maybe that’s not such a good idea. We’ve already been put on notice, and if we push our luck too far, the Swazis might seal off our border and declare economic sanctions. And then where will we get all our dope from?